A week away in North Yorkshire gave the opportunity to visit Scarborough's North Bay Railway in it's 90th year. Journeying from our holiday park by a combination of buses and cliff lift, we found 1931 'Neptune' operating services as it had for all that time, with only a break during hostilities. The second train was operated by 1932 'Triton' as it had done for 89 years, apparently I had missed seeing relative youngster 1933 'Poseidon' in operation by a day! 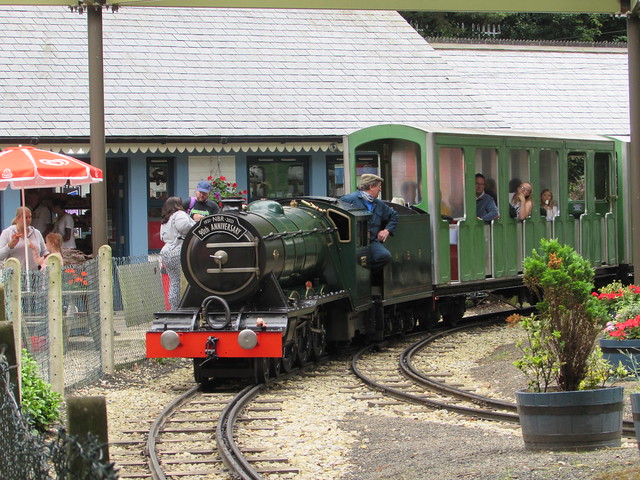 As well as celebrating it's 90th anniversary, 2021 sees the North Bay Railway with a new operator, the operating company changing hands to common ownership with the Cleethorpes Coast Light Railway. One interesting development is commitment to the line's pioneering diesel-hydraulic motive power and the sale of the new-build steam loco 'Georgina'. Director John Kerr kindly let me take a quick peek in the shed area to view 'Robin Hood' and 'Poseidon', which now looks a closer match to the original locomotives after much hard work by the Scarborough team. 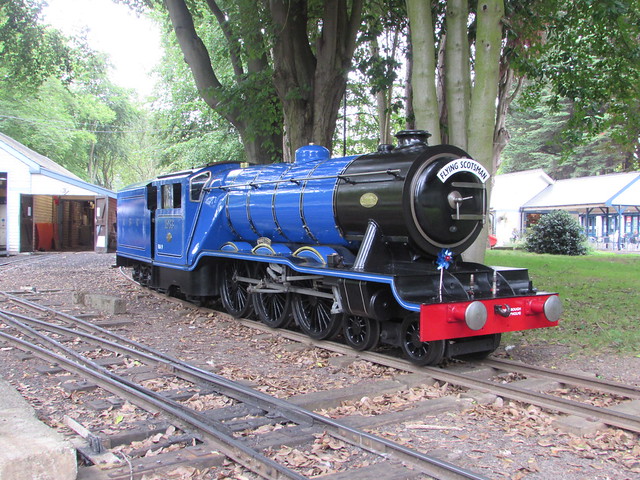 Services are running daily until the end of October and are "turn up and go", no need to book and trains can be joined and left at ether end of the line.
One interesting thing that came to light after my visit was that there is a model of the North Bay Railway being documented on YouTube. I am not sure of the scale but it uses 9mm gauge track and Dapol A3 Pacifics and is quite convincing, this is just one of several videos on the channel of Harold Thompson - one to watch...
The photos from my visit to Scarborough on 19th August can be found on Flickr - Scarborough NBR.
Colin