Unable to run to Humberston station this season the Cleethorpes Coast Light Railway has been operating a half-line service between Kingsway and Lakeside stations. At Lakeside a problem presents itself as the through platform (3) has no loop and the former terminus platforms (1 and 2) have lost theirs. A pattern of operating has been developed that avoids reversing empty stock or shunt-release.

On Monday 28th October, in bright, low, light I was able to record the sequence using the LNER O4 2-8-0 and the ex Bush Mill Railway 'DA1'. Here the O4 approaches Lakeside station entering the passing loop. 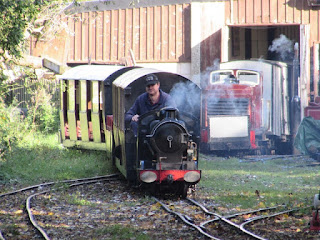 The train draws to a halt before the point that splits the line between platform3 (where DA1 is waiting) and platform 1 on the right. 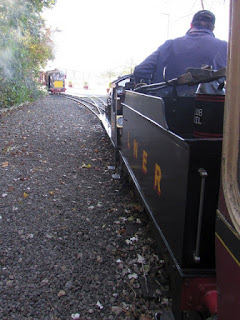 The guard uncouples the locomotive from the train. 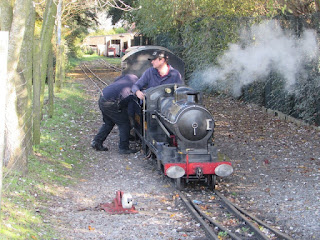 The O4 draws forward into platform 1 as the guard prepares to change the point to allow DA1 to move onto the train. 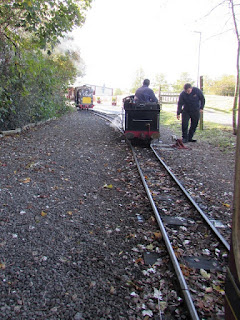 The guard signals to the driver of DA1 as it moves towards the train. 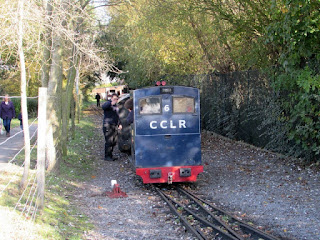 DA1 draws the train forward into platform 3 to terminate. 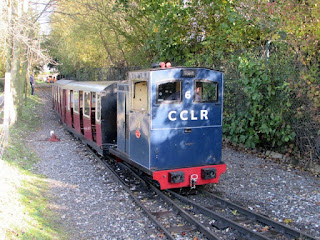 With the train in platform 3 the O4 backs out of platform 1 and moves forward onto the train. 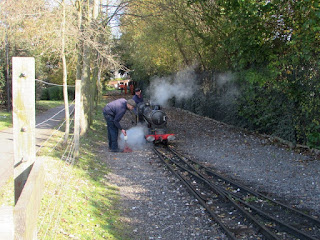 The train is now ready to depart back to Kingsway. After departure DA1 will be moved back up the platform to repeat the sequence for the next arrival. 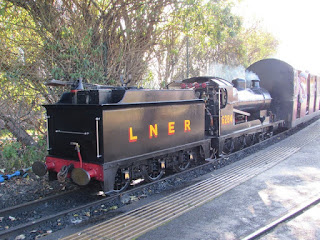 I do like to record these movements in the hope that at some point it will prove inspirational to a layout project, almost anything is possible!